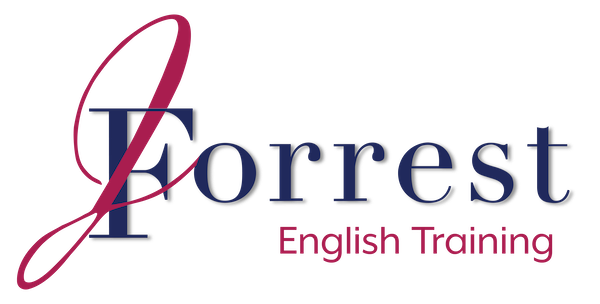 5 Reasons You're Not Fluent In English...Yet!

Are you frustrated that you’re not fluent in English yet? Have you been studying for years but still struggle to communicate your ideas?

Don’t worry, there could be an easy solution to your problem!

Today, let’s talk about 5 reasons you’re not fluent in English…yet.

As a language teacher, I often see students make these 5 learning mistakes over and over. As a language learner, I’ve personally made all of them.

I can tell you first-hand that while some can lead to mild frustration, others can really prevent you from progressing and reaching your fluency goals.

If I could relearn my second language, I’m confident I could learn the same amount in a fraction of the time simply by avoiding these mistakes.

Perhaps even more importantly, I would enjoy the experience a lot more too!

But don’t worry! The purpose of this post isn’t to make you feel bad if you’re making any of these mistakes. The purpose is to help you avoid them and start taking specific steps to reach your goals as quickly and easily as possible.

So let’s dive in and talk about the 5 reasons you’re not fluent in English…yet.

In my first year of French, I became great at grammar. I could conjugate complex verb tenses in my sleep, and ace my exams. Yet, the thought of speaking out loud caused me to become sick to my stomach.

As a teacher, I see this in my students all the time. I now realize that the mistake language learners make is spending 95% of the time reading or listening to their target language, and only 5% of the time speaking.

This is definitely the most important of the 5 reasons you’re not fluent in English yet.

It’s like learning to ride a bike by only reading the manual or watching YouTube videos. You can spend 10 years studying how to ride a bike, but until you physically get on that bike, you’ll never achieve your goal.

The same applies to languages. It’s not possible to become fluent in a language without speaking. The best thing you can do is start talking from Day 1.

You can even start right now by talking out loud to yourself! Seriously, give it a try. Tell me who you are and where you’re from right now, out loud.

That wasn’t so bad, was it? I hope you weren’t afraid of making a mistake!

Now let’s move on to the 2nd out of the 5 reasons you’re not fluent in English yet.

As a student, I felt like a failure when I made mistakes. As a teacher, I love when my students make mistakes. It means they are trying something new and getting out of their comfort zones.

If you’re not making mistakes, you’re likely not pushing yourself. But I know my students don’t feel the same way.

Most my students apologize to me when they make mistakes. We need to change that perspective.

We are not robots, we are human beings and mistakes are going to happen.

The best thing a student can do is to accept that mistakes are a natural part of the learning process. If you expect mistakes to happen, you won’t feel so defeated and embarrassed by them.

So feel free to make mistakes, and then learn from them.

Now, let’s talk about your goals.

I get a lot of messages from students saying “I want to improve my English”. This isn’t a goal, this is a very general (and obvious) statement.

Without clear goals, you will learn aimlessly and waste a lot of time. This can lead to frustration and maybe even quitting.

As Tony Robbins says “Setting goals is the first step in turning the invisible into the visible”.

Yet according to Brian Tracy, only about 3% of Americans have set a goal for the next year.An example of a clear goal is: “I want to confidently introduce myself at meetings”. This goal will immediately give you focus and direction on what to learn.

Instantly, you know that you need to learn the most common words and expressions for introductions and meetings

On the other hand, a lot of students approach me with a very specific goal, but one that isn’t realistic.

They want to speak English perfectly. I tell them that perfect English doesn’t exist and they don’t believe me.

As a language learner, I made this same mistake.

My goal was to become fluent in French by the time I was 30.

To be honest, I don’t even know what I meant by “fluent”.

This goal put a lot of unnecessary pressure on me.

If I were to set a goal today, it would be to confidently have work related conversations with my co-workers.

This goal would guide me in the type of vocabulary I needed, and would help focus my attention.

It’s also way more realistic than expecting to know everything in French in only a few years! Once you have a clear and realistic goal, you can dedicate time to achieving it.

My French improved the most when I developed a learning routine.

Every morning I woke up 30-minutes earlier and studied French before work. And every evening I watched a 30-minute French sitcom as I ate dinner.

I didn’t understand most of the show, but I knew my brain was passively learning as I listened. I did this every day.

I would keep pushing the time later and later until the day was over. And then I would repeat the same excuses the next day. If you don’t have a routine for studying, then you just won’t do it.

But, do you notice what was missing in my routine? I studied grammar in the morning, and improved my listening skills at night.

Hum, when did I work on my speaking skills? I didn’t, which was a huge mistake that I now regret. Your goal today is to find a balanced routine that works for you.

Learning English is difficult enough on its own. You already have to learn complex verb tenses, memorize countless exceptions to rules, and figure out how to pronounce words that sound nothing like they look.

Let’s make the learning process as easy on us as we can.

Simply by avoiding these 5 mistakes, I know from personal experience that you’ll learn English a lot faster.

Take some time and honestly ask yourself if you’re making any of these, or perhaps other, learning mistakes that are slowing down your progress. I wish I had!